Platform Tennis, also known as paddle, combines the best elements of tennis, racquetball and squash, and is an easy to learn sport for players of all ages and abilities. It is the only outdoor racquet sport that is played year-round.

Why is it called "Platform Tennis"?

Historically, the courts have been elevated on a platform so that snow can be easily removed. Heaters are placed under the court structure to ensure that snow and ice do not stop play.

The court  measures 30' by 60' and is about a third of the size of a tennis court.  While a platform tennis court looks like a miniature version of a tennis court, the playing area is actually the same as a badminton court 44' x 20'. The court is surrounded by a 12 foot high fence that looks like chicken wire and is referred to as the screens. The deck is a rough surface to prevent the ball from skidding when it bounces.

Similar to racquetball and squash, shots can be played off of the walls or the screens. Traditionally, the sport is played as a doubles game but singles play is on the rise, especially with beginners and intermediate level players.

Each player uses a paddle to hit a flocked rubber ball which is about the size of a tennis ball. 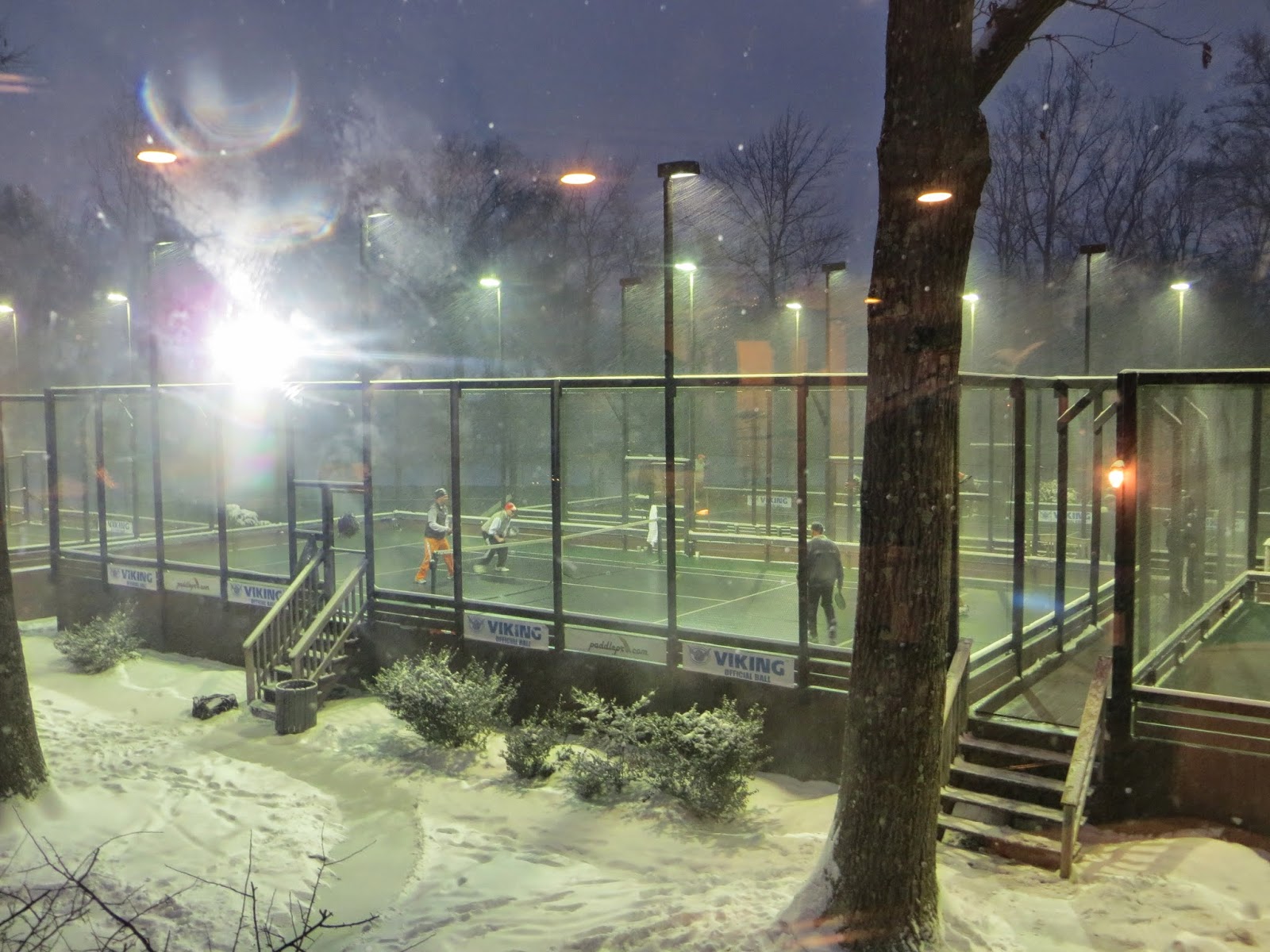